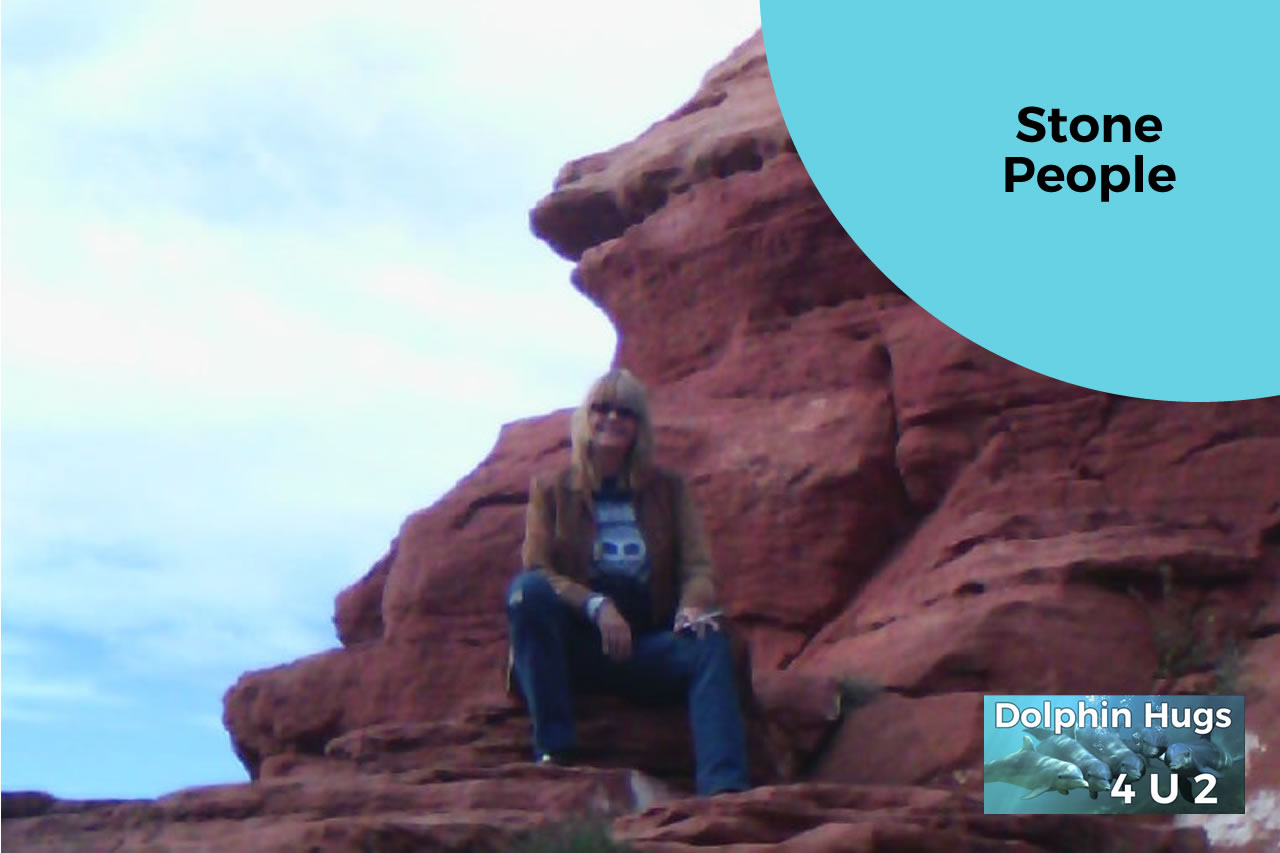 We are interested in hearing what the basic, grounding rocks found on our Earth have to say. (We’ll save semi-precious stones/gemstones for another issue.). We want to know what our regular granite, shale, igneous, sandstone, etc., rocks are communicating. What do they want us to know? What are their gifts if we hear/understand what they have to say? They seem to be underappreciated, but they are so important to the structure of our world.

First Question: Do you talk to rocks?

Yes I talk to rocks. But more importantly, I listen to what they have to say.  Ever since I can remember I have picked up the rock people everywhere I have gone. I grew up in Arkansas in the middle of the origin of the Quartz Crystal, drinking the water, living in their frequencies, sleeping in their divine energies. As I got older we moved very near to Stone Mountain where I connected very deeply to granite.  I went to Stone Mountain every chance I had and laid on the smooth surfaces to soothe my heart and soul.  Everywhere I have traveled I have picked up river rocks, sandstone, flint, and carried them to my home to communicate, be with them, and share their frequencies.  For me, each one carried a beautiful message.

When I tuned into granite I was told that there is a reason that granite countertops are so popular nowadays.  People need solidness and grounding that granite provides and that when the countertops are used they put in a steady frequency of protection into the food and water that is shared by the people eating the food and drinking the water.  The consciousness of granite is very strong and powerful.  It acts as one of the structures of the earth for stabilization.  The gift is that it can do this for you too.

I then went to a big pile of flint that I had purchased for flooring for the new room I hope someday to build.  When I tuned into the beings of flint I was told that these stones were very glad to be here.  They would provide solidness to people as they walked on them especially barefoot. Flint was used to create tools and arrowheads for the Native Americans and when broken could be used as a weapon, ax, scraper, and other useful objects for the survival of the tribes.  When I asked the spirit of flint how they felt about that, they said that they loved being in service to mankind.  Each use spread them throughout the country and added their vibration to the earth where they were.  The structure of flint is very solid and they explained that the smoothness of their surface allowed things to simply roll off.  They did not ever hold onto negative or positive vibrations.  They were neutral in every situation and enjoyed being the solid tools and structures for the greater good of the earth and the humans on it.

There was a message from the sandstone I had purchased in Arizona.  It is colorful and beautiful, looks painted with the colors of the sunset with reds, yellows and browns.  When I tuned into this sandstone, it told me, “Thank you.”  Mr. Sandstone then told me that the layers of color and sediment were there to represent all the colors and beauty of the world for all of us.  It has every combination of silica and other minerals that have joined together in this mission.  It also conveyed that the pressure and cohesion of the sand compression to create the rock solid appearance of this piece represented and held the vibration of unity and how the smaller grains of sand can come together to create a stronger more beautiful world for all of us.

Second question: How did you get started communicating with other sentient beings?

What was your first experience? How did it come about? Who did you communicate with? Do you remember what precipitated it? How old were you?

When I was growing up I spent most of my time outdoors in nature, first in Arkansas, and then in Atlanta.  My safety depended upon my abilities to read and understand what I needed to do well in advance to stay alive.  In spending so much time outdoors and near the streams and forests I often sat in my safe places and just listened and watched.  I talked to the trees, I saw fairies and played with them.  I had friends that were ETs that would help me to heal injuries that would have been fatal or disabling had I not had their assistance.  I can’t remember ever not being able to talk to water, trees, stones, animals, and all my relations in the forests.  It started as soon as I could walk.  I would sit in the yard and play with the grass people.

My best friends were ETs. One was a Blue Lady that I write about in Bubbles and Billy Sandwalker and the Sun Lion being that always showed up with her.  The Praying Mantis people always took my pain away.  There are stories about how I disappeared at random from every yard I ever lived in and would appear across 6 lane highways a few minutes later no matter how high a fence my parents put up or how many locks were on the gate.  It always scared my mom to death. I finally had to tell them not to do that anymore because of the distress it caused my parents and the trouble I got in.  But I continued to meet with them up until my teenage years in the woods.

I am sure life with me was an adventure for my parents too as I would give them messages from the rocks, crystals, trees and try to point out the beings that I saw.  It didn’t take long to realize that they could not talk to the earth, stones or trees and so I quit telling them about it. But it has been a beautiful experience to live in this beautiful world of magic. And the journey is still unfolding.

Want to join the discussion?
Feel free to contribute!

The Save the Humans Program

Receiving the Breath of Gratitude
Scroll to top